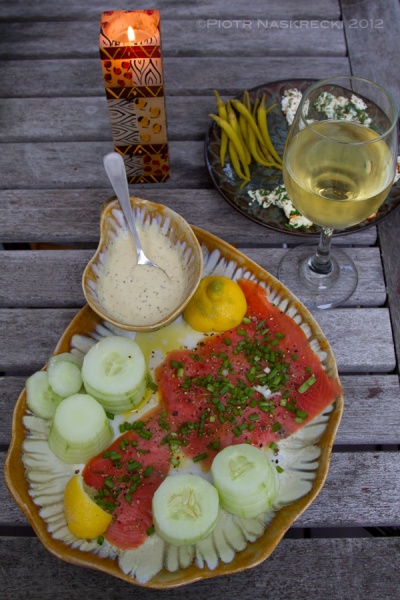 My wife has been trying to grow cucumbers for years. Her thumbs are as green as the fuzzy layer of mold on my tent after a month in the Ghanaian rainforest, and yet the fickle plant had refused to produce any reproductive structures for years. Until now.

Yesterday she harvested her first, beautiful cucumber from her lone, fragile plant. It was beautiful. It was tasty. With a thin slice of smoked salmon and Kristin’s own proprietary sauce it made the most delicious snack I had had in years.

But I was not the only one lusting after the elusive fruit. Striped cucumber beetles (Acalymma vittatum) apparently love them as much as I do, and Kristin’s plant was already overrun with these insects. I promptly obliged her request and collected them off the plant, with the implied understanding to take care of them in some kind of a permanent fashion.

Cucumber beetles are fascinating creatures. Their sense of smell is second to none, and they can find cucumber plants using both the volatiles produced by the flowers, which have evolved to attract pollinators, and those produced by leaves, which have evolved to repel herbivores. In fact, cucumber beetles manage to incorporate in their bodies some of the compounds that the plant is producing for the very purpose of making itself unpalatable, and even advertise this fact with their gaudy coloration.

How could I possibly hurt something this interesting and pretty? After I had taken this photo I let the beetles wander off, but before they left I had sternly warned them never to come back, or we would need to talk.